You Can Get Hurt On A Bike – educate them…

Last Sunday was the first really warm spring day in Greensboro, NC, so I decided to go for a bike ride.  Instead of going out into farm country where I usually ride because there’s very little traffic, I went to the nearby National Military Park which commemorates a Revolutionary War battle.

I thought it would be fun to check out the cycling scene. Warm weather brings out the casual riders and the weird bikes and clothing that you don’t see with year round riders or generally with riders on the public roads. 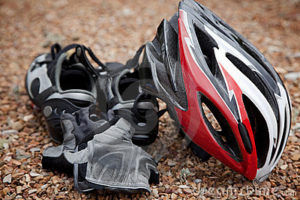 The park road winds through hilly, wooded terrain and the road is clearly marked for use by cyclists, walkers/runners and cars. Walkers/runners have a lane on the left side, drivers have the middle while the right side is marked for bikes.  For cars and cyclists the road is one way only, walkers can go in either direction.

The parking lot was overflowing so I knew the park would be crowded; but I wasn’t ready for the hundreds of walkers, cyclists and runners all over the road going in every direction all at once. Total Chaos!

Nine out of ten cyclists had no helmets.  Many were on bikes so poorly fitted that they had virtually no leg extension.

Three teenage boys on flat bar bikes were riding side by side the wrong way in the walking lane screaming at people to get out of the way.

Two young women stopped in the precise middle of the road astride their bikes, decided to start pedaling the wrong way directly in front of me.  Only by really hard braking did I avoid a crash.  Of course they didn’t wear helmets or fluorescent clothes, but both were wearing flip-flops, absolutely nuts!  Luckily there were almost no cars or it could have been a disaster.

I also noticed that on many bikes the tires were under inflated and I didn’t spot a single mirror on any bike.  I 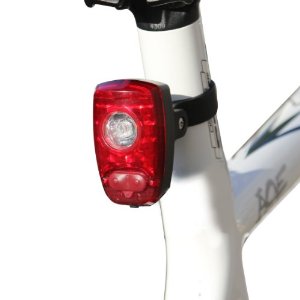 guess a lot of casual riders haven’t figured out that you can get hurt on a bike.

It was also annoying that virtually no one paid any regard to rules the park has posted about what part of the road they should be using, based on their activity.  There seems to be a sort of attitude that I’ll do whatever I like and to hell with everyone else.

As responsible cyclists trying to keep alive on the road, we must try to gently educate these people on the simple rules that make us all safer.  But you have to do this with great discretion and not make the other rider feel stupid or inadequate.

It’s hard and frustrating, but the payoff is that the more courteous and responsible riders are, the more drivers will not get mad at us and act aggressively, putting us at risk.  If you can get riders to understand this concept it will make us all safer.  And if we can get them to wear helmets, cycling jerseys and make sure that they properly adjust their seat posts, we can help them avoid injuries to themselves.

It’s sort of our duty as experienced riders to try and help these folks help themselves.