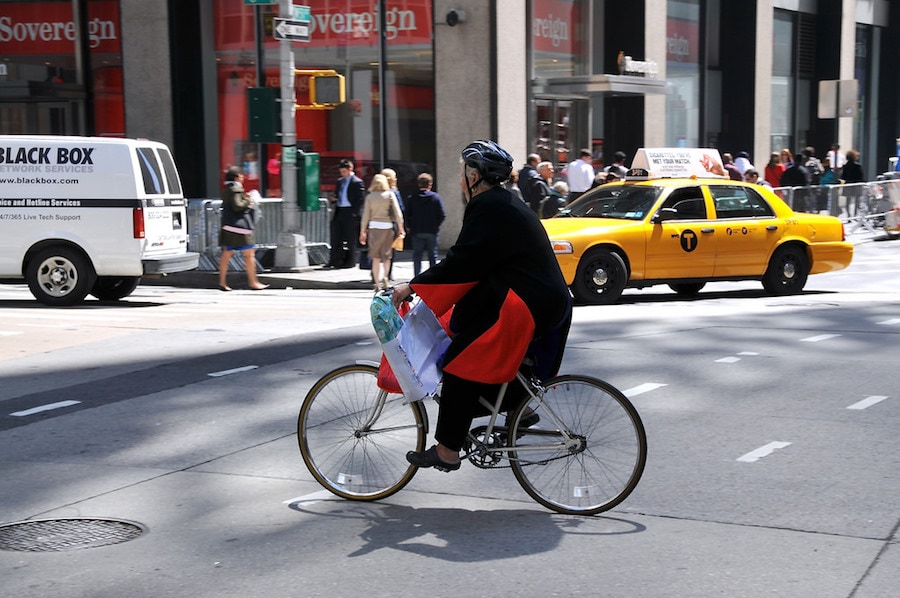 New York Bill 8487 would add bicycle safety instruction to the state’s mandatory education course for new drivers. The bill is designed to make drivers aware of the dangers facing cyclists on the state’s roads, particularly in New York City.  The bill, now in the state senate, is expected to come up for a vote in January 2011.

New York City has had a tremendous increase in cyclists in recent years as new bike lanes have recently been designated all over the city.  The mayor considers cycling an efficient means of urban transport. However, most of the bike lanes are simply painted on existing streets, squeezing motor vehicles into a narrower area.  This tends to simply annoy drivers.  On some streets physical barriers are put up to separate the bike lanes from the traffic; which is a lot safer for cyclists and probably even more frustrating for drivers.

Nevertheless, bill 8487 is an incredibly important piece of legislation.  Just getting drivers to even think about cyclists and their responsibility to them is a giant step forward.

What does this mean to you and what can you do? Write and e-mail your state senators and representatives and ask them to check out bill 8487 and get comparable legislation passed in your state. Write a letter to the editor of your local newspaper and demand a similar law.  Let them hear the voice of the people supporting safety for cyclists.

Please do this.  Don’t leave it for the other guy. Be the other guy and encourage every cyclist you know to lobby for this type of legislation.  It will save lives and make our lives on the bike a lot more pleasant.  Do it!  And, ride safely.