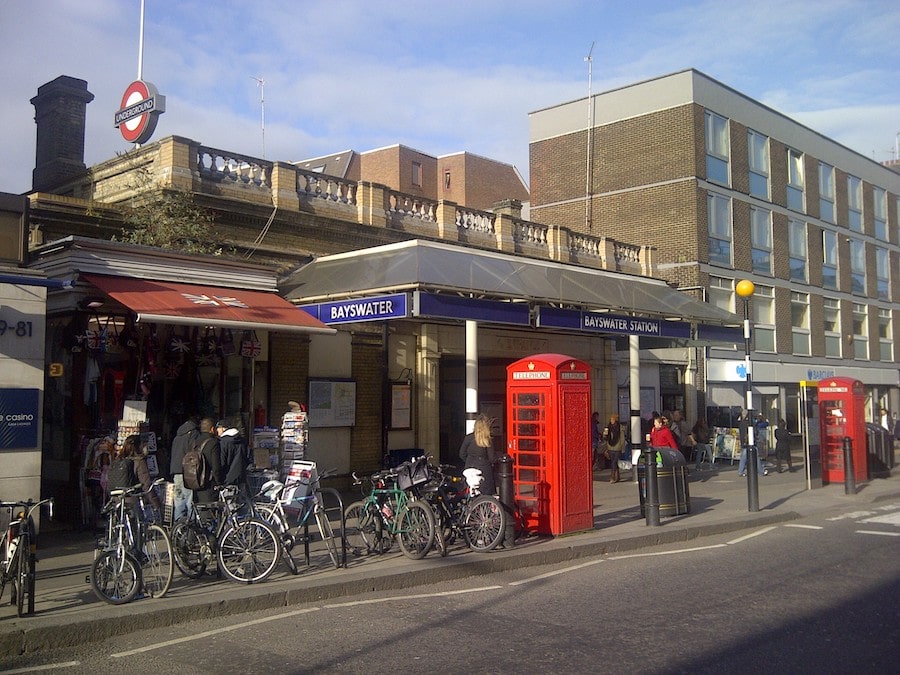 I just got back from two weeks in England, most of it spent in London.  My wife is a student of British History and couldn’t get enough of it. It was great to revisit and see it through her eyes.  I learned a lot.

I was shocked at the cycling scene however.  London has made a major effort to encourage cycling in the capitol, complete with outdoor advertising, posters in the Underground and even commercials on the BBC.   One of these is slightly salacious as it shows a pretty girl riding in a skirt, blown back to expose her entire thighs.  Of course, there’s no helmet in sight.  In fact, the helmet is notable for its absence in most of the promotional material.  It worked, look at the full bike racks in the first photo.

The ads tout saving time, e.g.; “Get to work, downtown in just 12 minutes.”  As a result cyclists are everywhere and all over the streets.  In a way, it makes sense as traffic in London never really gets up to speed.  Unlike New York or most American cities London is not built on a grid, it far predates any urban planning.  There’s one square in London in the theatre district, where 7 streets meet in a tiny roundabout.  It probably worked in the 14th century.  So, unlike Park Avenue in NYC, cars simply never get going very fast, except through the parks or on the few boulevards.  But the cyclists do get in the way, just ask any London cabbie.

And they are pretty reckless, feeling very empowered.  It’s a frightening scene with cyclists right in the middle of vehicular traffic and a thousand near misses every day.  Take a look at the cyclist in front of Buckingham Palace, right in the midst of the cars, then catch the cyclist on the extreme right of the photo about to jump out into traffic in the wrong direction. Madness.  So what is the result, we’ll tell you in the next blog.