Can’t We All Just Get Along? 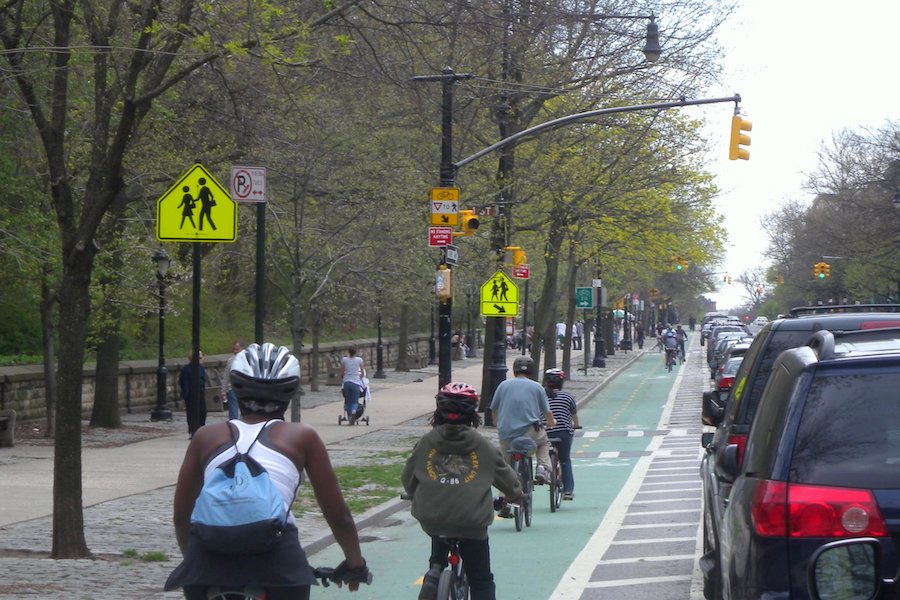 The Wall Street Journal for April 2nd, carried a humorous anti-bicycle article by satirist P. J. O’Rourke entitled ‘Dear Urban Cyclists: Go Play in Traffic’.  It argued that bicycles are taking over city streets.  One of his better lines read, “The bicycle is … a donkey cart without the cart, where you do the work of the donkey.”

The reader responses were printed April 9th.  Of course there were the inevitable people who didn’t get the joke.  But there was real winner from Michael Marsh of Lakewood, CO.  Here are some excerpts.  “Who pays for all these miles of bike paths?  Certainly not cyclists?  They appear to be the only group around with a cavalier attitude and a free pass to dress like clowns, to be catered to …and who get off scott-free from helping to pay their fair share.  In the city and on the highway these people are the scofflaws with attitude.  They may stimulate the economy with their laughable costumes, but they are a bane to drivers and frequently create dangerous traffic situations.  …They need to start paying for these endless miles of asphalt and concrete that they seem to feel they own.”

I wonder if Mr. Marsh doesn’t have some sort of suppressed desire to dress up.  In a short letter he comments twice on cyclist’s clothing, with; it seems like, a little hint of envy.  O.K. – I’ll let that go.

However I can’t let the ‘cyclists need to pay’ comment go by.  I ride with two other cyclists, a married man and a widower.  Between the five persons in our three families we own 8 cars.  That’s 1.6 vehicles per person.  If highways are supported by gasoline taxes we are certainly doing our share, or more.

Why do cyclist haters assume that riders don’t own cars?  Mr. Marsh lives in Colorado; does he see a lot of cyclists riding in the snow?  Why can’t he get it that cyclists are simply guys like him (well, not quite) who left their car at home for a day or are trying to get some exercise?

While some cyclists may be rude or arrogant, most that I know are so afraid of being hit by cars that they go out of their way to be courteous and not get a driver mad at them.

Can some of the drivers who might stumble on this blog please tell me why so many drivers are anti cyclist?  This is a serious request; let me have your reasons and even your horror stories.  If we can talk about it we may be able to help defuse some of the hostility.  Let’s give it a try.